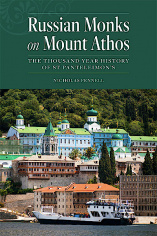 Save up to 30% on a selection of five titles on Orthodox Church History published in 2021 under our Holy Trinity Seminary Press imprint. Together, these studies span span the globe and over a millennium of Church History. Offer ends August 31st.

Orthodoxy and Islam in the Middle East:
The Seventh to the Sixteenth Centuries

*NEW*
William Palmer:
The Oxford Movement and a Quest for Orthodoxy

*NEW*
The History of the Russian Church in Australia:
From Siberia to Sydney 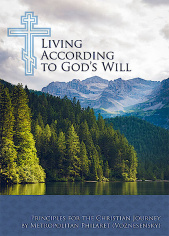 June Sale: Escalating Discounts up to 60%!

We’re bringing back our popular tiered discounts for 10 days only, through Friday, June 25th! Here’s how it works:

Please note: The June Sale cannot be combined with wholesale, clergy, or monastic discounts. If your customer account is marked as one of these types, please log out and browse the sale as a "guest" in order to access the discounts. 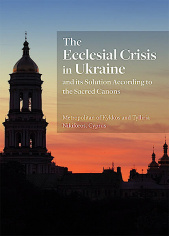 Hierarchical endorsements received from around the world

Holy Trinity Publications is grateful to share the wise words of Orthodox hierarchs from four Local Churches reflecting on the crisis that faces the Ukrainian Orthodox Church today and the path toward reconciliation and peace laid before us by His Eminence NIKIFOROS, Metropolitan of Kykkos and Tylliria (Church of Cyprus), in his new book, The Ecclesial Crisis in Ukraine and its Solution According to the Sacred Canons. We offer the bishops' endorsements in full below.

This book is a thoughtful and objective treatise for understanding the ecclesiastical crisis that has been created by the Ecumenical Patriarchate’s granting autocephaly to schismatic groups in Ukraine, an action which has divided the Orthodox Church, with the evident risk of consolidating a wider schism, and that until today has not brought about the expected results of restoring the unity of the Orthodox faithful there.

The distinguished and learned Cypriot Hierarch, lifted to the height of his hierarchical conscience and responsibility, with profound theological knowledge and canonical seriousness, analyzes in detail the historical origin of the schism in Ukraine. He unimpeachably cites significant evidence about ecclesiastical jurisdiction from the Church’s longstanding canonical order and flawlessly asks crucial questions about the canonicity a) of the situation that the Ecumenical Patriarchate has brought about in Ukraine and b) the “novel theories” that it has promoted regarding its special privileges, alien to Orthodox ecclesiology.

In this book, it becomes manifestly clear that Metropolitan Nikiforos, in a spirit of the love of Christ, is deeply concerned for the necessary cooperation and concord among the Orthodox. In order to address the various challenges of the contemporary era, he worthily suggests commencing a crucial and honest dialogue through the convening of a Pan-Orthodox Synaxis of the primates of the Churches by the Ecumenical Patriarch. Its purpose would be to prevent further tension in relations between the Orthodox and to restore Eucharistic communion among them.

Metropolitan of Bostra (Patriarchate of Jerusalem)

The Serbian Orthodox Church has always taken the position in support of proper Church order and the Holy Canons.  We do not take the position of Greeks or Russians, rather we stand for what is just and right.  Regarding the situation in the Ukraine, we cannot condone the rejection of the universally recognized status of the canonical Ukrainian Orthodox Church under the omophorion of Metropolitan Onuphry of Kiev.  This situation in which we Orthodox have found ourselves is completely unnatural and does not serve the good of the Orthodox Church, rather it is contrary to it.  We pray to the Almighty God and the Most-Holy Theotokos that this division ends quickly and Church order will reign again.  We are pleased that writings such as this work by Metropolitan Nikiforos are working towards this correction.

Bishop of New Gracanica and Midwestern America (Church of Serbia)

In this case, the penitential process of the "hierarchy" in the schism would be an indispensable act that should have taken place. Regretfully, these canonical and dogmatic norms were omitted, which caused, I hope only a temporary, crisis in the coexistence and conciliarity of local Orthodox churches.

+ABEL,
Archbishop of Lublin and Chelm (Church of Poland)

This is a serious study of a crisis in the life of our Orthodox Church worldwide that deserves to be widely read as we seek to understand the underlying issues more clearly and find a conciliar solution that brings both unity and peace. The author, His Eminence Nicephoros, the Metropolitan of Kykkos and the Abbot of the most prominent Cypriot monastery of the same name, is a hierarch widely known for his zealous care about pan-Orthodox unity which often takes form of a practical help wherever needed. Being a Cypriot Greek, that is, a son of a proud, hard-working nation imbued with genuine Orthodox tradition reflected in its everyday life, a nation  that has had its share of opression and persecution, and being the Abbot of the Monastery that gave spiritual birth to Archbishop Makarios of Cyprus, he is very sensitive to any signs of injustice, whether they happen in the world or even within the Holy Church of Christ. Therefore, may this work of his help to bring some light into the challenging processes and ecclesial misconceptions that make many of our brothers and sisters in Christ, faithful sons and daughters of their Ukrainian church and homeland, united around their Metropolitan Onuphry in faith, hope and love, suffer on an everyday basis, while the "powerful of this world" keep their silence.

+JURAJ,
Archbishop of Michalovce and Košice (Church of the Czech Lands and Slovakia)

Digital editions of our forthcoming release are now available to order for Kindle, Kobo, Nook, and more!

The Ecclesial Crisis in Ukraine and its Solution According to the Sacred Canons is a sober and detailed appraisal of the schism threatening the Orthodox Church due to the unprecedented intervention of the Ecumenical Patriarchate in the Ukrainian Church. The book was authored by a highly respected hierarch of the Church of Cyprus, the Metropolitan of Kykkos and Tylliria Nikiforos, in 2020 and expeditiously translated into English for this current edition.

The Ecclesial Crisis in Ukraine will be published July 1st, 2021. Full details, table of contents, and recommended links to pre-order the book in print and digital form are available on this website. 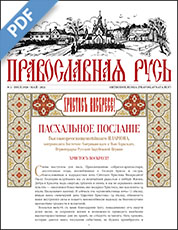 The May 2021 Paschal issue of Holy Trinity Monastery's Russian-language journal Pravoslavnaia Rus' for 2020 may be downloaded as a free PDF from the Православная Русь page of this website.

Православная Русь is published four times a year and made available free of charge in electronic form. Donations towards the ongoing costs of production are accepted:

4) By check - Please make your check out to 'Holy Trinity Monastery' and mail to:

We are sharply discounting ten wide-ranging items from our growing list of publications. Each title is available for $10 each (40% to 70% off), now through Friday, May 14th. That's ten days of savings on 10 items at $10 each!

Please note: This sale cannot be combined with clergy, monastic, or wholesale, or any other discounts. Prices will be adjusted after checkout so that no item in this category is sold for less than $10.