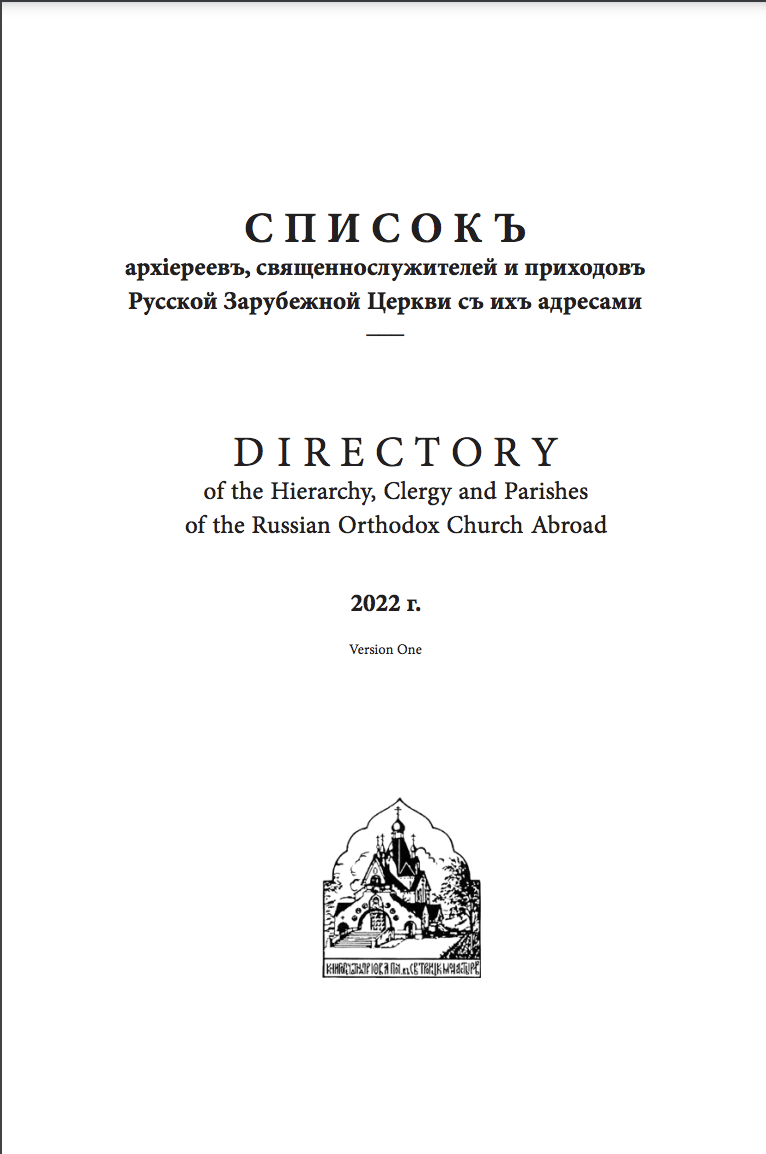 The annual directory of Bishops, Clergy, and Parishes of the Russian Orthodox Church Outside Russia is now available as a free PDF download from the website of Holy Trinity Monastery.

Paperback copies may also be ordered via Lulu. 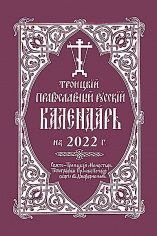 While the liturgical rubrics for the Sunday of the Prodigal Son are correct, we have been made aware that the first words given of some texts from the Afterfeast of the Meeting of the Lord are actually from the wrong day. We list the corrected version of the relevant sections below. 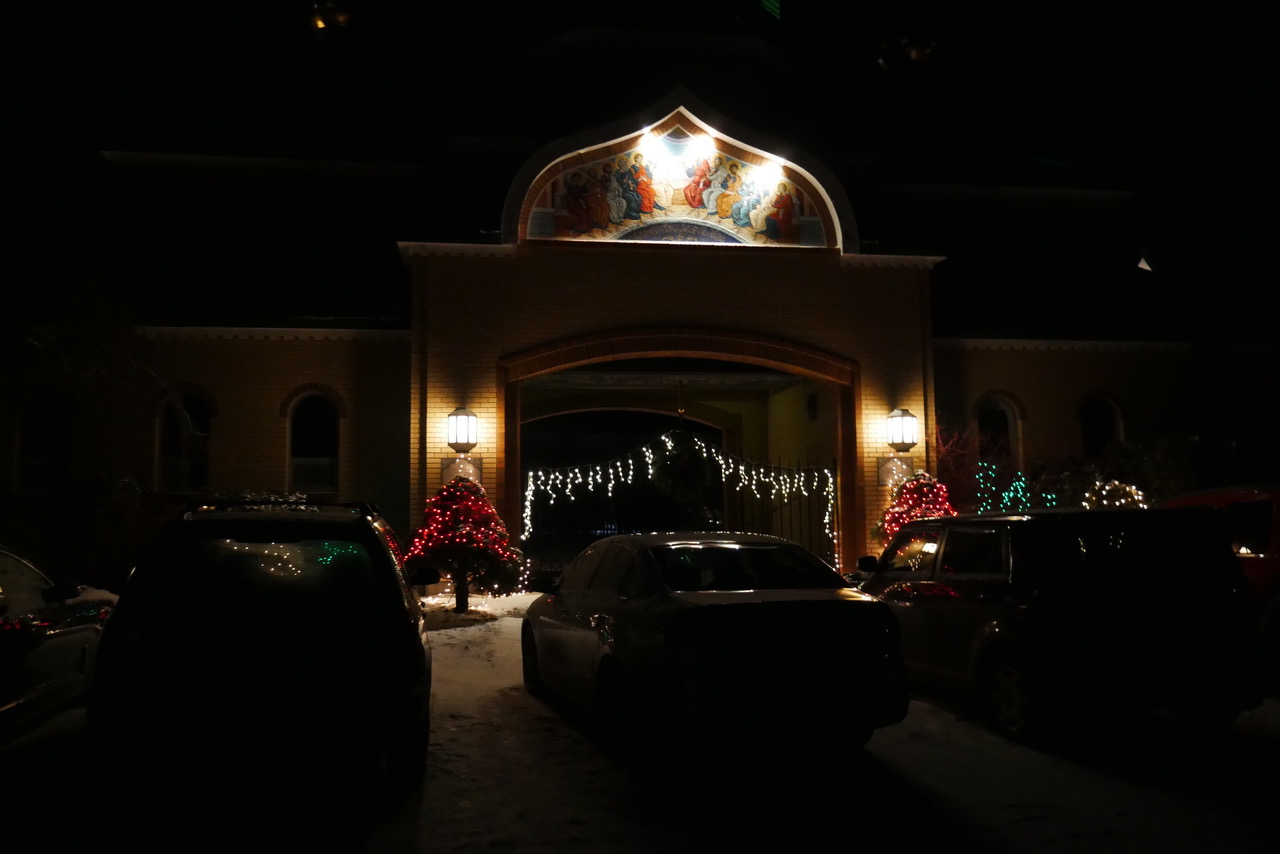 We’ll be taking some time for rest this January

As last year, we’ll be starting the new year with a brief respite surrounding the Nativity and Theophany of our Lord. Our offices will be closed from Thursday, Jan. 6th through Friday, Jan. 14th, and again on Tuesday and Wednesday, Jan. 18-19.

Any orders placed at HTP Bookstore after 12 p.m. EST on Wednesday, Jan. 5th will not be processed until Monday, Jan. 17th. As always, our books continue to be available worldwide through any bookstore or online bookseller.

We thank you all for your continued patronage and prayerful support!

The Staff of Holy Trinity Publications

November 5, 2021 marked the 50th anniversary of the repose of Archpriest Seraphim Slobodskoy, a notable pastor and church builder of the Russian Diaspora and author of the classic catechetical textbook, The Law of God. This anniversary was marked both within ROCOR and throughout the Russian Church. We offer links below to relevant materials and news articles in both Russian and English.

Archpriest Seraphim Slobodskoy: On the Fiftieth Anniversary of His Passing 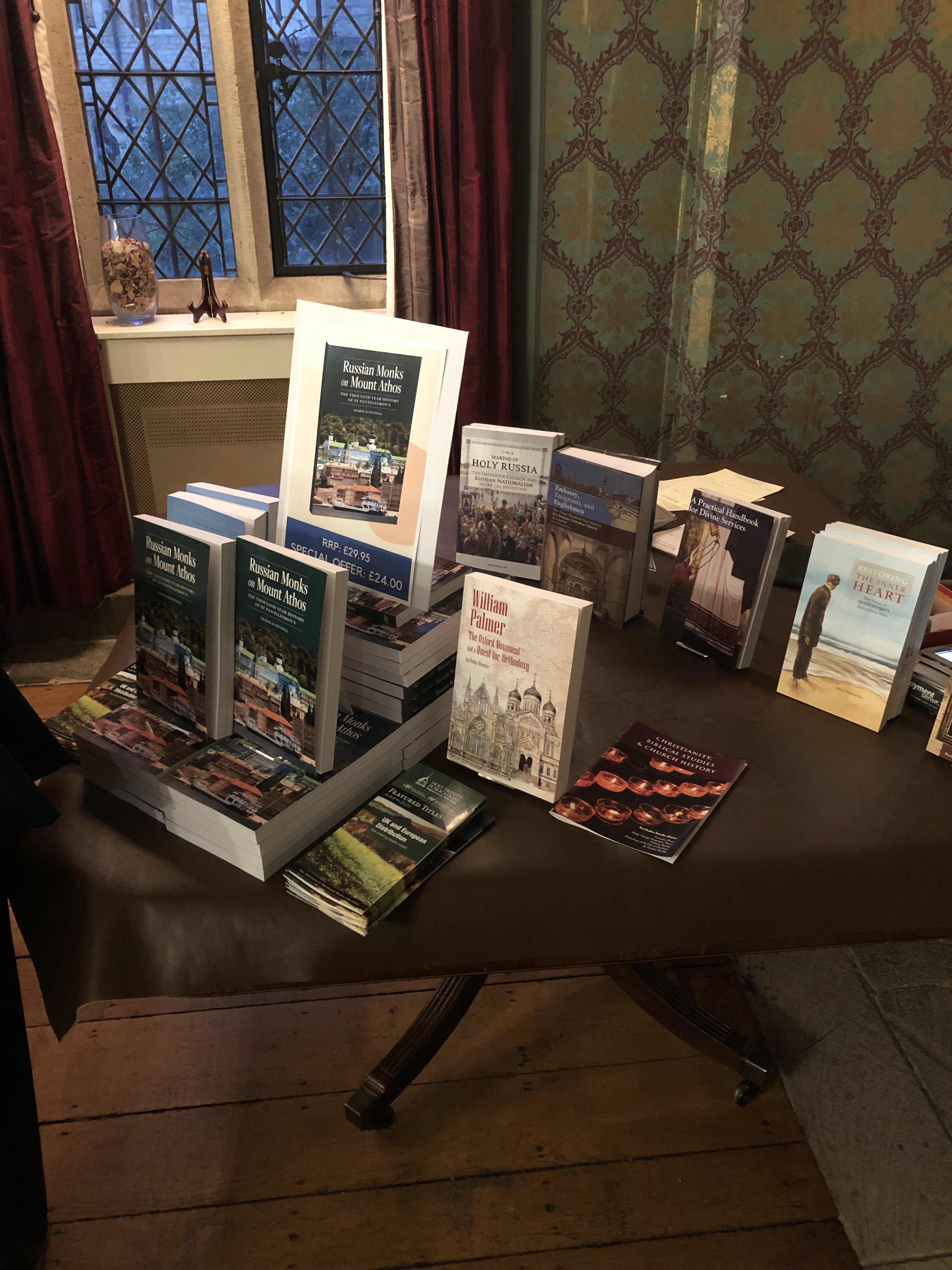 With the blessing of Bishop Luke of Syracuse, abbot of Holy Trinity Monastery in Jordanville, NY, staff of Holy Trinity Publications (the monastery’s publishing arm) made a visit to the United Kingdom from October 9 - 21. Since mid-2019, Holy Trinity Publications titles have been widely available in the UK & Europe through Oxbow Books, an Oxford-based book distributor. Among the aims of the trip was to publicize this arrangement and increase the visibility of these books in the UK, in particular the works of some of their recently published British authors.

Upon arriving in England, Reader Nicholas Chapman, Director of HTP, attended Divine Liturgy at the parish of St Elizabeth in Wallasey and then went on to meet Protodeacon Peter Markevich (Sales & Marketing manager) in Esher, Surrey, on the outskirts of London. Here they displayed and promoted a selection of HTP titles at the Christian Resources Exhibition, which was held from Oct. 12 - 14. The exhibition was well attended by believers from a broad range of Christian denominations, many of whom were exposed to Orthodox Christian books and teachings for the first time. The HTP stand also drew several baptized Orthodox Christians who, for one reason or another, had drifted away from the Church. In addition to promoting the monastery’s publishing work, the staff were able to converse frankly with interested attendees about the fulfillment of Christ’s teachings and Divine Economy within the Orthodox Church. In this way, Holy Trinity Publications continued in the path of its heavenly patron, St Job of Pochaev, whose printing and publishing work spread the Orthodox faith throughout Western Rus’ and preserved the Orthodox Church where she found herself under duress.

In conjunction with the exhibition, the first of two events celebrating the publication of a new book was held on Wednesday, October 13. Dr. Nicholas Fennell, author of Russian Monks on Mount Athos: The Thousand Year History of St Panteleimon, joined Rdr. Nicholas for an hour-long discussion, followed by questions, about his research into the Russian presence on Mount Athos, which culminated in the publication of the new book this fall. Dr. Fennell described his upbringing in the Russian diaspora in the United Kingdom, his interest in the subject of Russian monasticism on the Holy Mountain, and its significance for Orthodox Christian studies more generally. Attendees were treated to coffee and light refreshments.

At the weekend, Fr. Peter and Rdr. Nicholas visited with parishioners and clergy of several Orthodox parishes in England. On Saturday evening, they attended Vespers at Twelve Apostles’ Church in Eastleigh, a new mission begun this year under the Antiochian Orthodox Christian Archdiocese of the British Isles and Ireland. On the following day, they attended Divine Liturgy at the Orthodox Parish of St. Silouan, a mission of the Diocese of Sourozh (Moscow Patriarchate) located in Southampton. After liturgy, parishioners had an opportunity to purchase books left over from the previous week’s exhibition. On Monday, the travellers met with Nun Magdalen of the Community of St. John the Baptist in Essex. Sr. Magdalen manages the monastery’s bookshop.

On Tuesday, October 19, Rdr Nicholas and Protodeacon Peter were in Oxford. The morning included a visit to St. Nicholas church (Diocese of Sourozh, Moscow Patriarchate) and a wide ranging conversation with its Rector, Archpriest Stephen Platt, who also serves as the General Secretary of the Fellowship of St Alban and St Sergius, and Simon Jennings, who manages the parish’s impressive bookshop. That evening a second event took place marking the publication of Dr. Fennell’s new book. The book launch was held in conjunction with the Friends of Mount Athos (FOMA) at Pusey House, a center of Anglo-Catholic thought and worship at Oxford University. Dr. Fennell shared anecdotes from his early travels to Mount Athos and some of the challenges and difficulties in researching the topic for his new book. The event was well attended by local Orthodox faithful, FOMA members, students of the University of Oxford and other guests from further afield. Copies of Russian Monks on Mount Athos and other HTP titles were made available for purchase.

Holy Trinity Publications expresses its gratitude to Archpriest Paul Elliott, Archpriest Joseph Skinner, Archpriest Stephen Platt, Priest Alexander Haig, Nun Magdalen, their respective communities, and many others too numerous to name here for their hospitality and fellowship throughout the trip.

At the end of September, Holy Trinity Publications distributed royalties payments resulting from sales of books over the twelve months ending June 2021. Payments were sent to eleven different authors and contributors.

When entering into contractual agreements to publish a book, one of the ways Holy Trinity Publications is able to offer renumeration to authors, translators, and other contributors is through royalties, whereby the contributor is entitled to a percentage of the revenue generated by sales of his or her book.

Holy Trinity Publications is proud to work with a variety of authors to fulfill its mission of making known the heritage of Orthodox Russia for today. If you have a work that fits within this mission we would be happy to consider it for publication. Please see our Authors page for more details and to make a submission.