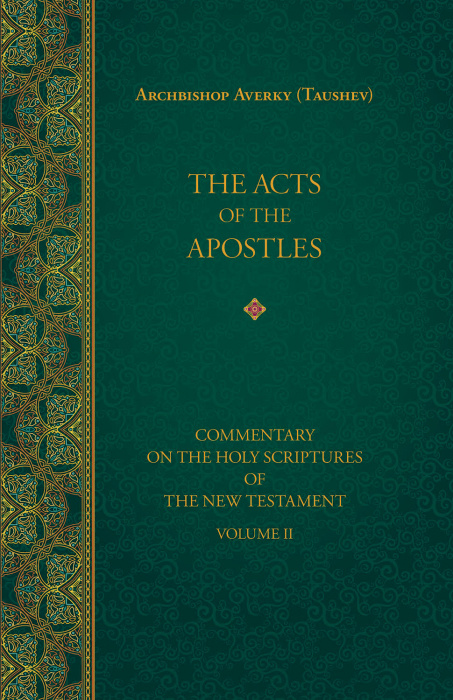 Writing in the tradition of biblical exegetes, such as St John Chrysostom, Blessed Theophylact of Bulgaria, and St Theophan the Recluse, the work of Archbishop Averky (Taushev) provides a commentary that is firmly grounded in the teaching of the Church, manifested in its liturgical hymnography and the works of the Holy Fathers. Using the best of prerevolutionary Russian sources, these writings also remained abreast of developments in Western biblical scholarship, engaging with it directly and honestly. In this second of three planned volumes, the author explains the significance of the Church's earliest history, as recorded in the Book of Acts. Questions of authorship and time of composition are also addressed. Archbishop Averky's commentaries on the New Testament have become standard textbooks in Holy Trinity Orthodox Seminary and have been published in Russia to widespread acclaim. This present volume is the first translation of these texts into English. it is an indispensable addition to the library of every student of the New Testament.

Archbishop Averky (Taushev) (1906–1976) was the fourth abbot of Holy Trinity Monastery in Jordanville, NY. Through his long years of pastoral and episcopal service, he became well known among Orthodox Christians for his staunch defense of the Church's faith and traditions. Father Seraphim (Rose) wrote, "Archbishop Averky was one of the last giants of 20th-century Orthodoxy . . . . [He] was an Orthodox scholar in the unbroken tradition of patristic thought which has come down to us from the ancient Fathers to our own days.” Archbishop Averky's writings have been published in many languages, including Russian, English, Romanian, and Serbian.

1. The Meaning of the Term "Apostolos"

2. Overview of the Acts of the Apostles

- The Writer of the Book and the Reason for Its Composition

- The Significance of the Book of Acts

3. The Church of Christ Among the Jews

- Acts Chapter One to Twelve

4. The Church of Christ Among the Gentiles