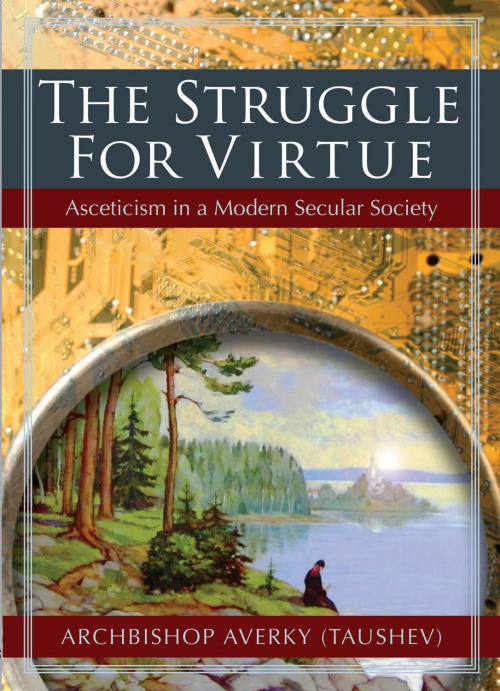 Asceticism in a Modern Secular Society

Archbishop Averky addresses head on the question, “What is asceticism?”  He counters the many false understandings that exist and shows that the practice of authentic asceticism is integral to the spiritual life and the path to blessed communion with God.

Asceticism in a Modern Secular Society

Either life will be renewed by Gospel love or we will see the catastrophic ruin of humanity…The basis of everything is pure and genuine love for God…This love for God naturally generates in us feelings of love towards our neighbor.

In this heartfelt and insightful text Archbishop Averky goes straight to the roots of our modern alienation from God and each other. He explains the central role of asceticism in leading a spiritual life and reveals a fully Christian understanding of it. We are shown that through the renewal of Gospel love the conscience is reawakened and that we can begin to experience true freedom: A freedom founded on the acquisition of virtue and the overcoming of vice, together with all its associated distractions. All of this is seen to demand effort: A Struggle for Virtue.

Based on lectures given in Europe after the end of the Second World War, these texts are shown to be remarkably prophetic, as we see the outworking in our own day of the abandonment of Christian virtue described by Archbishop Averky.

Archbishop Averky (Taushev) (1906–1976) was the fourth abbot of Holy Trinity Monastery (Jordanville, NY). He was born in Imperial Russia, but had to leave the country with his family in the wake of the Russian Revolution. Living in Bulgaria, he was drawn to the monastic life, and soon became a monk and a priest. He taught and ministered in Bulgaria, Czechoslovakia, Yugoslavia, and Germany, before being assigned in 1951 to teach at the Holy Trinity Seminary. He was consecrated a bishop, and after the death of Archbishop Vitaly (Maximenko) became the abbot of the monastery. As abbot, he was also the rector of Holy Trinity Seminary and was heavily involved in the formation of its curriculum and daily life. He was also praised by converts to the Orthodox faith such as Hieromonk Seraphim (Rose) for being a steadfast defender of traditional Orthodoxy. He wrote many commentaries on scripture and other works which are extensively read both in Russia and in the diaspora.

Preface The Essence and Meaning of Asceticism

2. The Importance of Spiritual Discernment

6. The Christian Understanding of Freedom

7. Guarding the Heart Amidst the Distractions of Life

11. The Holy Fathers on Combating the Passions

These thirteen lectures by Archbishop Averky, former Abbot of Holy Trinity Monastery in Jordanville, were delivered shortly after the end of World War II in Western Europe to help introduce the Orthodox method of asceticism as a means of healing and transformation of the human person to the modern world not acquainted with it. It accomplishes its goal and is an excellent book of introduction for those who desire to root out evil and the passions within us in order to live a life of virtue in Christ. Original post here