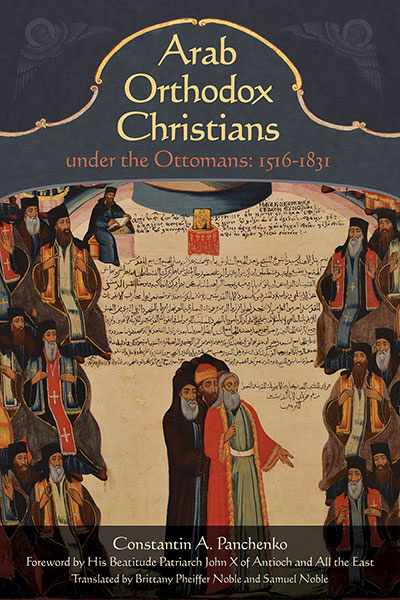 The so called "Arab Spring" drew the world's attention to the presence of significant minority religious groups within the predominantly Islamic Middle East. Arabic-speaking Orthodox Christians are the largest of these minorities. This work fills a gap in the scholarship of wider Christian history and more specifically that of lived religion within the Ottoman empire.  For more information click here.

Over the past two decades, society’s attention has increasingly returned to the forgotten world of the Christian East—the whole constellation of bright and now nearly endangered cultures of the Christian peoples of Southwest Asia and Northeast Africa.

Following the so called "Arab Spring" the world's attention has been drawn to the presence of significant minority religious groups within the predominantly Islamic Middle East. Of these minorities Christians are by far the largest, comprising over 10% of the population in Syria and as much as 40% in Lebanon. The largest single group of Christians are the Arabic-speaking Orthodox. This work fills a gap in the scholarship of wider Christian history and more specifically that of lived religion within the Ottoman empire. Beginning with a survey of the Christian community during the first nine hundred years of Muslim rule, the author traces the evolution of Arab Orthodox Christian society from its roots in the Hellenistic culture of the Byzantine Empire to a distinctly Syro-Palestinian identity. There follows a detailed examination of this multi-faceted community, from the Ottoman conquest of Syria, Palestine and Egypt in 1516 to the Egyptian invasion of Syria in 1831. The author draws on archaeological evidence and previously unpublished primary sources uncovered in Russian archives and Middle Eastern monastic libraries to present a vivid and compelling account of this vital but little-known spiritual and political culture, situating it within a complex network of relations reaching throughout the Mediterranean, the Caucasus and Eastern Europe. The work is made more accessible to a non-specialist reader by the addition of a glossary, whilst the scholar will benefit from a detailed bibliography of both primary and secondary sources.

"This manuscript fills an important lacuna in the wider history of the Christian Church as it unfolds the presence and extent of indigenous Arabic-speaking believers in the Levant...These are matters of great complexity and a fuller understanding of them will help to shape our understanding of the takfirism against which we now struggle."

Under Muslim Rule from the Sixth to the Fifteenth Century 1

6. The State Within the State

10. The Culture of the Orthodox Orient

Appendix: Patriarchs and the Sultans