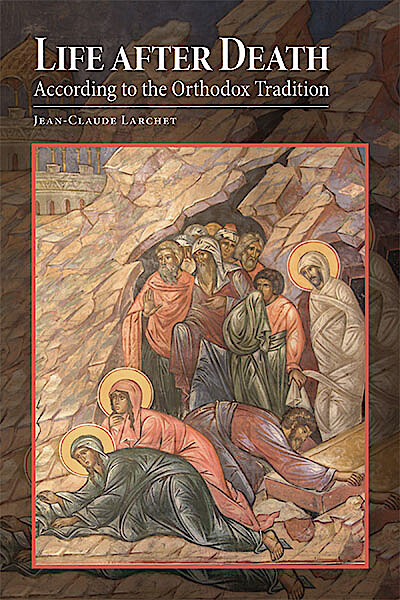 An accessible and well organized synthesis of the ancient Christian understanding of death and the afterlife. Drawing primary from the Greek language writings of the Fathers it does not neglect the Latin sources. It will benefit all who desire to understand the classical Christian teaching of what lies beyond our temporal life.

Category: After Life and the Age to Come
Buy

This book offers an accessible and well organized synthesis of the ancient Christian understanding of death and the afterlife. French philosopher and patrologist Jean-Claude Larchet draws both from Scriptures and a multiplicity of early Christian writings, both Greek and Latin, in demolishing false conceptions such as reincarnation, whilst setting forth with clarity an authentically Christian understanding.

The reader will gain understanding of both the time and modalities of the bodily resurrection, the nature of the Particular and the Universal judgments, and of the Church's intercessory prayer for the departed. He notes that some divergences between eastern and western traditions have existed since the fifth century and argues that these became of much greater importance after the twelfth century, when the Roman Catholic Church developed the notion of Purgatory.

This work will be of benefit both to the Orthodox Christian reader in enhancing their own understanding of the Church's teaching, and to Roman Catholics, Protestants, and others who desire to become acquainted with the fullness of the Christian tradition on death and the afterlife. All will encounter the abundant heritage of “the faith which was once for all delivered to the saints” (Jude 3).

Dr Jean-Claude Larchet is one of the most notable living philosophers and authors on Orthodox Christian Patristics. He holds a Ph.D in philosophy from the University of Nancy and a Ph.D. in theology from the University of Strasbourg. A teacher of philosophy for nearly thirty-five years, he is an author of over thirty books and countless articles whose work has been translated into seventeen languages. His magnum opus, Therapy of Spiritual Illness, and several other works have been translated into English to wide acclaim.

G. John Champoux is a retired independent scholar. He is the translator and editor of several French spiritual writings and the author of The Way to Our Heavenly Father: A Contemplative Telling of the Lord's Prayer.