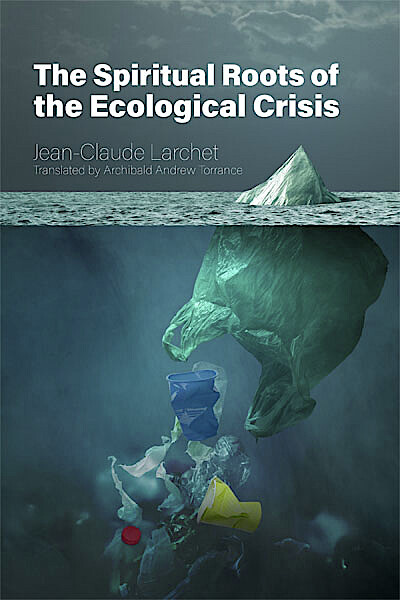 In this text, noted theologian and scholar Jean-Claude Larchet finds the roots of the global ecological crisis in a rejection of a truly Christian cosmology and proposes principles and actions deeply rooted in his Christian ethos that would allow mankind to restore and reinvigorate its relationship with nature.

Man is to accomplish in knowledge and love that to which all creatures strive unconsciously, instinctively and without unity.

It is sometimes the case that Christians will dismiss concerns over the environment and the catastrophic effects of climate change, as so many of the prominent voices who most vociferously warn about this tend to also advocate a wider worldview frequently antithetical to Christian teachings. Noted Orthodox philosopher and scholar Jean-Claude Larchet addresses this tendency by rooting concern for the environment within a historic Christian understanding of the role of and relationship between man and the natural world. He sets ecology in a spiritual context based on an Orthodox Christian cosmology and ascetical theology: the crisis at its source stems from a loss of the spiritual values and behaviors that have traditionally underpinned the relationship between man and nature. By elaborating on how we have come to the present crisis point, he is able to propose principles and actions deeply rooted in an Orthodox Christian ethos to remedy it.

Dr Jean-Claude Larchet is one of the most notable living theologians and authors on Orthodox Christian Patristics. He holds a Ph.D in philosophy from the University of Nancy and a Ph.D. in theology from the University of Strasbourg. A teacher of philosophy for nearly thirty-five years, he is an author of over thirty books and countless articles whose work has been translated into eighteen languages. His magnum opus, Therapy of Spiritual Illness, and several other works have been translated into English to wide acclaim.

Prof. Andrew Torrance graduated from the University of Cambridge in 1968 and obtained a Ph.D. in 1971 from Imperial College, London. After work in France and England he joined the teaching staff at Trinity College, Dublin in 1980, where he became an Associate Professor, Head of Mechanical Engineering and Fellow of the College. In 2002 he was Visiting Professor at INSA de Lyon. Since his retirement in 2008 he has lived in France with his wife Marie-Christiane where he regularly translates from French to English for Orthodox Monasteries and engineering research.

How It Was in the Beginning: Man’s Original Relationship with Nature

The Sin of Mankind and Its Ecological Consequences

How Did We Reach the Present Situation?

Restoring the Relationship of Man With Nature