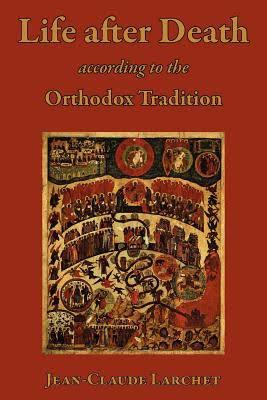 Holy Trinity Publications has signed contracts with two European publishers to make more works of famed Orthodox scholar Jean-Claude Larchet available in English, including a second edition of "Life After Death According to the Orthodox Tradition."

Holy Trinity Publications has signed contracts with two European publishers to make more works of famed Orthodox scholar Jean-Claude Larchet available in English. Dr Jean-Claude Larchet is one of the most notable living philosophers and authors on Orthodox Christian Patristics. A teacher of philosophy for nearly 35 years, he is an author of over thirty books and countless articles whose work has been translated into at least 17 languages. These translations will be the second and third works by Dr Larchet made available by Holy Trinity Publications, joining The New Media Epidemic: The Undermining of Society, Family, and Our Own Soul (2019).

French publisher Les Éditions du Cerf has granted to HTP rights to prepare a second English-language edition of Life After Death According to the Orthodox Tradition for release later this year. Life after Death provides an accessible and well organized synthesis of the ancient Christian understanding of death and the afterlife, drawing primarily on the Greek language writings of the Fathers of the Church. This work will be of benefit both to the Orthodox reader who wants to enhance their own understanding of their Church's teaching, and to Roman Catholics, Protestants and others who wish to become acquainted with the fullness of Christian tradition on death and the afterlife. They will encounter the abundant heritage of the faith which was once for all delivered to the saints.

Life After Death According to the Orthodox Tradition was first published in English by the now-defunct Orthodox Research Institute and has been out of print for a number of years. The second edition is slated for publication on Sep. 1, 2020 and will be made easily accessible in both print and digital forms through our worldwide distribution arrangements.

HTP has also acquired English-language translation rights from Swiss publisher Éditions des Syrtes for Les fondements spirituels de la crise écologique [The Spiritual Foundations of the Ecological Crisis], a work which has yet to appear in the English language. The translation has been undertaken by Dr Andrew Torrance, translator of The New Media Epidemic. The time of publication will be announced at a later date.