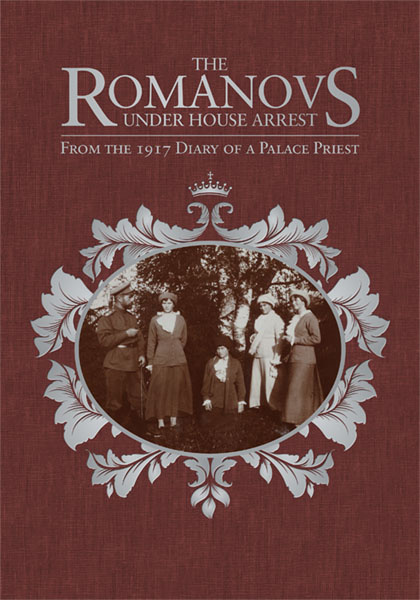 From the 1917 Diary of a Palace Priest

Through the eyes of Fr. Afanasy Belyaev, the priest assigned as chaplain to the Romanovs in the first months following the abdication of Nicholas II, we find an intimate portrait of the Royal Family in the small joys of family celebrations and the solemnities of Holy Week and Pascha.

From the 1917 Diary of a Palace Priest

...for the last time the former rulers of their own home had gathered to fervently pray, tearfully, and on bended knee, imploring that the Lord help and intercede for them in all of their sorrows and misfortunes.
Thus the Archpriest Afanasy Belyaev described the faith and piety of the Russian Imperial family, whom he served as priest and confessor, on the occasion of the Tsarevich’s thirteenth birthday. These selected excerpts from the chaplain’s diary open a window into the souls of the now sainted Royal Family and the struggles endured in their first five months of confinement following the abdication of Tsar Nicholas II in early 1917.
Russian cultural historian Marilyn Pfeifer Swezey sets the diary in its historical context and offers an epilogue to complete the story of the Romanov’s journey to martyrdom at the hands of a Bolshevik firing squad in a Siberian basement. Also included is a short life of Fr Afanasy and biographical information regarding the various persons appearing in the work. This anniversary edition has been copiously illustrated throughout with color and black and white photos (some rarely or never published before) as well as charts and maps.

The Diary of Father Afanasy

Appendix 1: A Biography of Archpriest Afanasy I. Belyaev