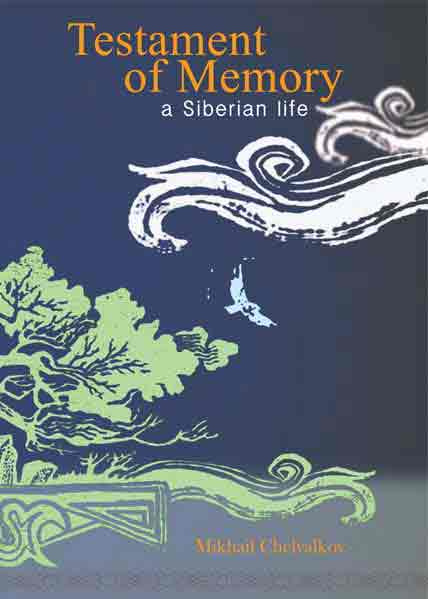 “My children!  I am giving you these writings of mine describing my life as a testament that you may work harder for God than I worked for Him...”
This memoir of the Altai tribesman Mikhail Chelvalkov will enrapture the reader with its directness & beauty whilst also providing invaluable insights for students of Christian mission, ethnography, and geography.

“My children!  I am giving you these writings of mine describing my life as a testament that you may work harder for God than I worked for Him...”

The author, a native Altai tribesman, Father Mikhail Chevalkov, was a man of great moral courage and integrity.  He was one of the first native disciples of the Russian Orthodox missionary priest Makarii (Glukharev), glorified as a saint in 2000 AD.   In this simple yet profound narrative, the  reader travels with Chevalkov, through his life as we learn of his conversion, his struggle for literacy,  the care shown to  his family, and his numerous encounters with pagan tribes.  Chevalkov created the written Altai language as he  translated church service  books  and  religious songs, as well as allegorical poems, parables and maxims. This memoir will enrapture the reader with its directness and beauty whilst also providing invaluable insights for students of  Christian mission, ethnography,  and geography.

3. Raising Voices and Hearts to   God

4. Admonitions to My Children

A remarkably simple and yet profoundly deep narrative in which we are introduced to the remote world of the nineteenth century Altai. A mountainous region of southern Siberia, it has peaks rising to nearly fifteen thousand feet and possesses unique flora and fauna. Much of the present day region is incorporated within a UNESCO world heritage site known as “The Golden Mountains of Altai.”   The native Altai tribesman Mikhail Chelvalkov vividly describes the physical beauty of the region whilst chronicling many of the encounters which took place throughout his life as the population was transformed from competing nomadic pagan tribes to a settled and harmonious Orthodox Christian culture.   Fr. Mikhail was one of the first native disciples of the Russian Orthodox missionary priest Makarii (Glukharev), who was glorified as a saint in 2000 AD. This vivid translation of his testament will both enrapture the reader with its directness and beauty and also provide invaluable insights for students of Christian mission, ethnography, geography and botany.

His conversion to Orthodoxy and his ability to translate the living Word for others to learn and be baptised is truly inspiring. His unfaltering trust in the Lord is a lesson in and of itself…. Fr. Mikhail is a saint to have lived his life for God and with God, fasting and praying unceasingly…. I do feel humbled to be able to read what was intended for this man's family.

To listen to a review of this title including the reading of an excerpt please click here.

This will take you to a podcast recorded for Ancient Faith Radio by Katherine Hyde, Acquisitions Editor for Concilior Press.

I was traveling for quite a while and brought along some "light
reading". Testament was just charming. It's a deep story written in a
simple manner that kept my attention through jet lag and too much travel.

Thank you.
In Christ,
Marie