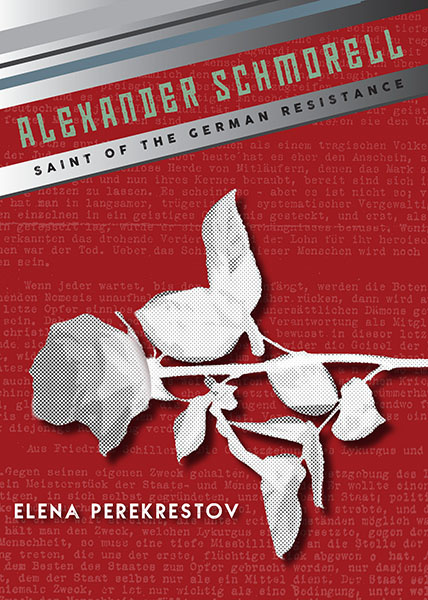 The story of Saint Alexander of Munich, a young man executed by the Nazi government for his participation in the resistance group "White Rose". Alexander Schmorell, an ethnic Russian and devout Orthodox Christian, was recognized as a martyr and saint in 2012.

At the height of World War II, a small band of students in Munich, Germany, formed a clandestine organization called the White Rose, which exposed the Nazi regime’s murderous atrocities and called for its overthrow. In its first anti-Nazi tract, the group wrote, “...Nothing is so unworthy of a civilized nation as allowing itself to be ‘governed’ without opposition by an irresponsible clique that has yielded to base instinct...” The students risked everything to struggle against a world that had lost its moorings. Early in 1943 key members of the group were discovered and executed.
Among those put to death was Alexander Schmorell, a young man of Russian birth whose family came to Germany when he was a small boy. This biography eloquently recounts the journey of an energetic and talented young man who loved life but who, deeply inspired by his Orthodox Christian faith, was willing to sacrifice it as a testimony to his faith in God that had taught him to love beauty and freedom, both of which the Nazis sought to destroy. In 2012, the Russian Orthodox Church officially recognized him as a martyr and saint.
The story of Alexander’s life and death is made available to English readers here for the first time, vividly illustrated with black and white photographs.

1. Resisting the Dictatorship of Evil

2. I Am Orthodox: We Do It Differently

7. Bringing the Truth to Light

11. In the Midst of Deepest Night

12. We Will Meet in Eternity

15. Before the People's Court

16. Setting a Course for Heaven

18. You Shall Not Have Died in Vain

19. Serving Their Deepest Convictions and the truth

Appendix 2 Alexander's Description of the Paschal Service in 1941

Sometimes you read the lives of the saints, and they seem so... other. They belonged to royalty, or were soldiers, or lived in exotic times and places we cannot pronounce. But here is a book you can hand your college-bound teenager...Normal, healthy, funny, smart young people were willing to die to live as Christ taught." - Matushka Ann Lardas, St. Innocent Press