Mother Magdalena was born and raised in the United States. Her family were Presbyterians, but whilst studying comparative religion in her early twenties she encountered the Orthodox Christian faith. The power and truth of its teaching led her to start attending an Orthodox church and reading copiously about the Faith. At the age of twenty-eight she was received into the Orthodox Church. Three years later she traveled to the convent of Novo Diveevo in Spring Valley, New York to learn more about the faith and worship of the church. She was subsequently tonsured as a nun and has lived a monastic life within this community ever since.

The Stavropegial Convent of the Dormition "Novo-Diveevo" in located near Nanuet in New York state, close to New York City. The nuns operate an Old Age home and tend a  Russian Orthodox cemetery.  There are two churches and many sacred items including: a full-length portrait of St. Seraphim of Sarov painted during his lifetime, a cross from the Ipatiev House, and the “Vladimir” icon of the Holy Theotokos that belonged to St. Amvrosii of Optina. 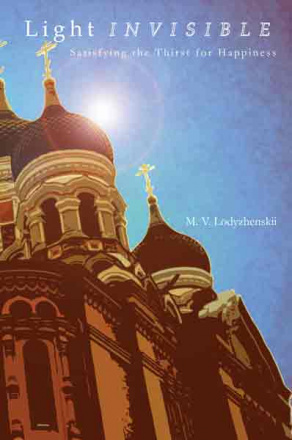 Light Invisible
Not seeing what you're looking for? Please check your spelling and make sure you're using the correct keyboard -- search using Cyrillic characters for best results with Russian-language books. Also, please review our Legacy Publications page.